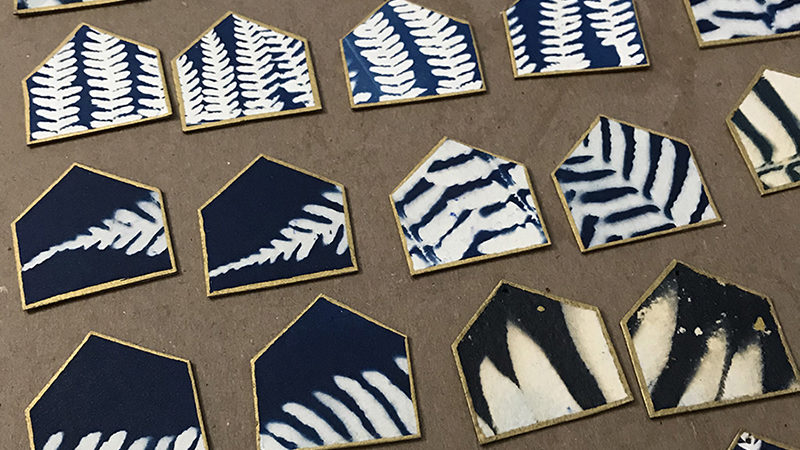 I’ve thought a lot about “home” in the past few years. About four years ago I started collecting tiny houses and placing them around my own home as decoration. I lived in an apartment at the time. I never even wanted to own my own home and despite not understanding where my little “collection” was coming from, I kept collecting them.

In the following years I would see homes be the reason some people’s lives be turned upside down. Some were foreclosed on. One family was torn apart when a family member died and a house was left behind. One family could no longer afford their mortgage payment and had to move. One had to live inside a mold infested home because they couldn’t afford to move.

I’d lived in the same apartment for 8 years, an old building, built in the 1920’s. I moved to Jacksonville, FL in 2009 and it was the first place I lived (I left for a year but moved back). There were only 6 units so it wasn’t loud (usually) or crowded and most of the time neighbors felt like family. I was able to do whatever I wanted (paint the walls, take out bushes to make a butterfly garden, put a fire pit in the front yard) and I really liked the freedom I had with the space.

One day the news came that the owner was going to sell the building and I was so upset! I didn’t know what to expect with the new owner and it felt like my home was being invaded. It was like my sense of security crumbled as each wall was (literally) torn down around me.

I’d spend the next year listening to construction. Sometimes it would go on until 10 o’clock at night. Every day I’d hear drilling, sawing, building, hammering, and more drilling. Despite the stressors of normal every day life, it was totally disruptive and left me feeling lost.

During the day I’d go to a coffee shop nearby or I’d go to a park just to have some peace. Sometimes I’d sit in my car and listen to music. I would feel physical anger in my body from the noise pollution that surrounded me. Once, around 7 o’clock in the morning, they started banging on a wall adjacent to ours and knocked a painting off our wall! By the end of that year I genuinely couldn’t wait to move.

Realizing we’d probably have to move (we also discovered the new LL was increasing rent)got me thinking a lot about the concept of “home”. What is a home? What does “home” mean? Where is my home? Do I have a home and where do I feel at home? Is “home” the place I grew up? After moving to a new state and moving into our own home within that year I was REALLY thinking about what it meant to feel at home.

I felt displaced and uprooted after my move from my home state (Florida) to Tennessee. It will be two years in June and it still feels weird. I don’t know the names of streets. I don’t know landmarks. I don’t have a favorite coffee shop. (I do have a few favorite restaurants: Mojo Burrito, Kumo Sushi and Cashew) I don’t know what to plant when you live on the side of a rocky hill that is full of clay! In Florida (zone 9-did you know that was a “thing”?) things basically grow year round. In Tennessee (zone 9a) we have something called Winter and plants die.

It isn’t like I moved to another country but it might as well be. Through this process I’ve come to see “home” as a place of security, a place of comfort. I realized how much it mattered that where I was felt like home. I started to imagine how I could incorporate a little bit of home into my art. (This process took a a long time to come to fruition)

One day I was walking around my house and I noticed some of the houses I had collected. The outline of each house resonated with me in a way they hadn’t before. That’s when an idea started to manifest.

The white cards you see in the above photo is what I named my jewelry line. It’s called “Bits & Peaces Boutique”. I designed the logo as a house with branches coming out of it years ago-before I even thought of houses or started collecting them. (Which I just realized while writing this!) The earrings are sturdy but light. They have several coats of Diamond Glaze on the front and the back that protect them.

After this project and all of the years spent thinking about it I see home differently now. Home can be wherever we are. Home is in our hearts and souls. Home is a place we grow, love, and learn. It’s a place we can create in, grow in, cry in. Home is where we spend most of our time. A place we feel we belong. It’s a place we invite others into to share in that space of love. Home can be anywhere and everywhere. Home is in the memories we have in the place we grew up. Home is “where the heart is”, whatever that means for you. Home means something different to everyone but one thing is certain -we all want a place to belong.

I am releasing my “Welcome Home” collection in honor of-and help for-refugees that do not yet have a safe place to call home. I will donate 30% of the proceeds to one of Tennessee’s refugee programs. Bridge Refugee Services has a location in both Chattanooga and Knoxville.

I have several “Welcome Home” earrings listed on my website. I am also doing a “story sale” today in my Instagram story if you are interested you can check that out.

Thank you for reading,